The iPad in question is of 7th Generation and it is similar to the previous editions in many ways. You need to look out for the changes that it brings to the table. After all, there are countless other products that promise similar services but cannot live up to expectations. So now, let’s have good luck with the new Apple iPad. 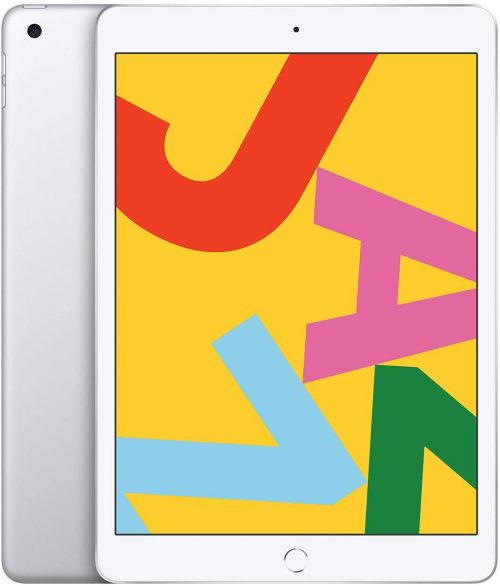 The new iPad has a really big display that is really good at multitasking. There is more RAM as well which guarantees quick performance. When it comes to the body of the new Apple iPad, it contains a fine recycled aluminum back. You will be given three options to choose from: black, gold, and silver.

When it comes to the base model, Apple is offering 32GB of storage capacity. There are two versions of it, one is being referred to as the Wi-Fi model and the other, cellular model. If you want the cellular model, you will need to pay $459.

The benefits of buying this iPad is that you can use it in multiple ways. While it’s pretty clear that Apple iPads are among the best tablets in the market, you can use it differently. It means that this iPad can be used as a make-shift laptop by adding a Smart Keyboard to the mix. If you are really serious about using it as a laptop, then you can throw in an Apple Pencil too.

The dimensions for this new Apple iPad bears resemblance with its previous version. However, the weight varies a bit for each model. In case of the cellular version, it weighs 1.09lbs while the Wi-Fi version is a bit lighter at 1.07lbs.

A lot can be said about the display on this version. For instance, this iPad has a 10.2-inch display while the previous edition is 9.7-inch. At first, the size difference will not seem to matter much. However, you will notice the difference as soon as you use the split-screen mode.

The 10.2-inch Apple iPad contains bezels towards the rear. You may quickly think that this will have a huge impact on its performance. However, you will never feel its effect when the iPad starts performing. In this case, the only major impact this creates is giving the device a conventional look.

Even so, the screen takes on a sharp look. Moreover, it manages to make the colors look livelier than ever.

For now, the 10.2-inch Apple iPad functions like a very useful device when it comes to marking up documents. As mentioned above, if you decide to buy the Apple Pencil then you can really enjoy using the iPadOS. With the Apple Pencil by your side, it should be easy for you to take screenshots.

Now, if you really want to know just how much better this iPad is than its predecessors, try the keyboard. It should take little time for you to realize that there is a magnetic bond between the keyboard and connector. In fact, the magnetic connection is made with the Smart Connector port on the iPad’s right side. As a result of this decision from the manufacturers, you will never have to charge it.

There is a bit of difference in between the new Apple iPad keyboard and the old one. The key difference here is that this keyboard is nowhere near as big as a conventional keyboard. In addition, the keys on this device feature an impressive Chiclet-style. As such, these keys are genuinely firm and contain nice travel. 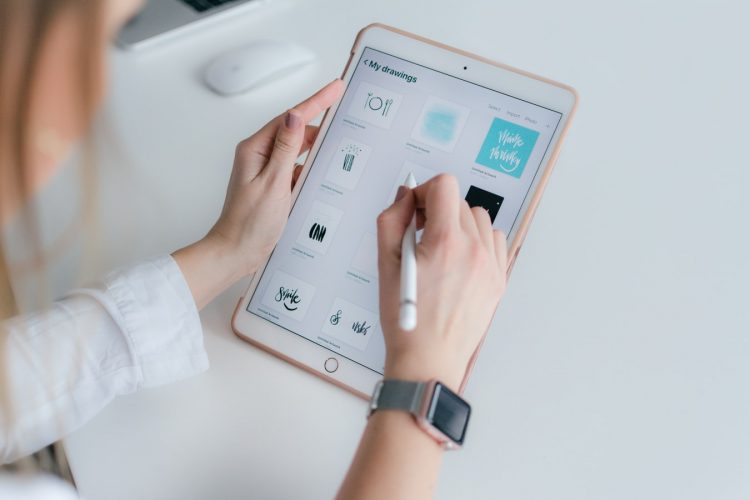 There are some components of the new Apple iPad that have remained constant with the design. One such noteworthy component is the A10 Fusion chip that stays the same with a new model. This 7th Gen processor has seen some ups and downs over the course of its existence. Even then, there are quite a few positive aspects to like in this device.

There is an increase in the RAM by 3GB that seems to make all the difference in terms of speed. Of course, it was possible to multitask with previous models but, the 10.2-inch Apple iPad makes it easier. Since we are talking about multitasking, the new iPadOS more than deserves a mention.

The previous models incorporated a different version of the iOS. As for this iPad, it actually manages to distinguish itself in terms of tablet interface. In addition, the Slide Over menu lets you run multiple apps with the utmost ease. While Apple tablets are known for supporting multi-window apps, this one takes the cake.

This is made possible by Split View that you can use on one app for multitasking. It means that you can simultaneously open two Google Docs without facing any issues whatsoever.

As for the audio department, you are going to get stereo speakers. They are still connected with the shorter edge of the iPad. However, it is not enough to put a dent on their overall performance.

These speakers are solid and offer dynamic variations. In fact, they perform much better than some editions of the iPad Mini.

One thing that should be clear by now is that this tablet is a productivity machine. The best part is that this tablet offers a one-size-fits-all solution. With that said, you need to decide whether you want to invest in this fantastic Apple device or not.

There are quite a few HP wireless mouse available on the market in 2021. HP

Ceiling TV mounts can usually take on three times the weight they suggest. They are